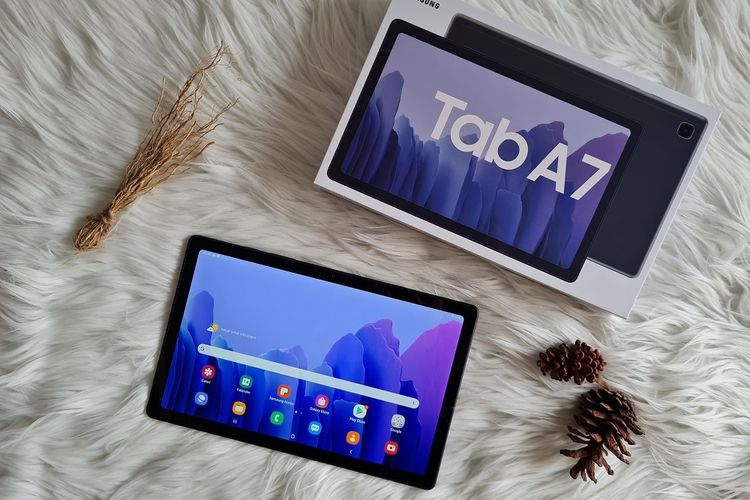 The Galaxy Tab A7 was officially present in last October. Samsung, among others, markets this tablet as a means of supporting children’s productivity and learning activities at home. With Samsung Kids, children can play on tablets without worrying about opening unwanted applications. Here by default there are some content to choose from. Samsung Kids is also equipped with a parental control feature where parents can choose and determine which applications can be accessed by children.

Through this feature, parents can also control how long the child can play on the tablet and monitor applications whose access has been restricted. For example, opening the Zoom application, how many hours have been used, social media for how many hours, it can be seen in Samsung Kids.

We can also adjust the time limits for children to play tablets through this parental control feature. Productivity support features In addition, the Galaxy Tab A7 also has a Focus Mode feature where users can distinguish which applications can be used depending on the time division.

For example, during working hours, users can choose to activate Work Time mode, which will provide access to productivity applications such as video conferencing, email, or messaging services.

When you have free time and don’t work, users can activate Me Time mode which will open access to streaming services , social media, or other entertainment applications. So users are more productive, there is no temptation to open social media (while working).

To further support the productivity aspect, Samsung also moved the location of the front camera of the Galaxy Tab A7 to the side frame. So, when the device is used in landscape orientation , the front camera will also be on top. This new position is similar to placing a webcam camera on a laptop which is usually on the top side of the screen.

Thus, users will be more comfortable when doing video conferencing. There are two Galaxy Tab A7 colors available, namely Dark Gray which has a black frame, and Silver with a white frame.