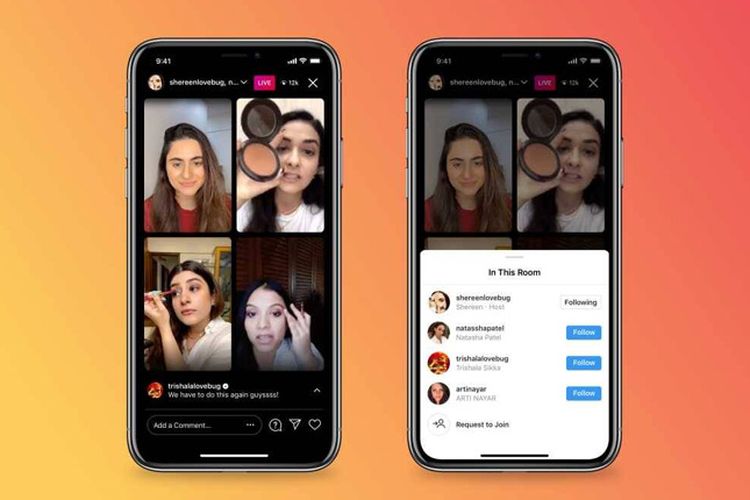 Instagram officially introduces a new feature called Live Rooms for all users. This feature allows users to do Live Streaming with three other friends (accounts) in one session. To get the Live Rooms feature, users must first update via the Google Play Store (Android) app store and the App Store (iOS). So, how do you use the Live Rooms feature on Instagram? Following are the steps as compiled from The Indian Express , Wednesday (2/12/2020).

1. To start Live Streaming, swipe the main page to the right.

2. Select the “Live” option which is to the right of the “Story” menu.

3. Then, tap the circle button at the bottom center of the screen to start Live Streaming.

4. To invite friends to join the Live Rooms broadcast, tap the camera icon or Rooms.

5. After that, users will see a list of friends who have submitted requests to join Live Rooms

6. If playing the role of host, the user can type the name of the friend they want to add.

7. Users can add up to three friends at once to join the Live Rooms broadcast.

8. Users are also possible to add all three simultaneously or gradually.

If the host is using an iOS device, they will still be able to use the Q&A feature in Live Rooms. But for now, users cannot display photos or videos like the Live feature which is still in effect today. The Live Rooms feature has been rolled out gradually to users in India. In the future, this feature will be available to all Instagram users globally.