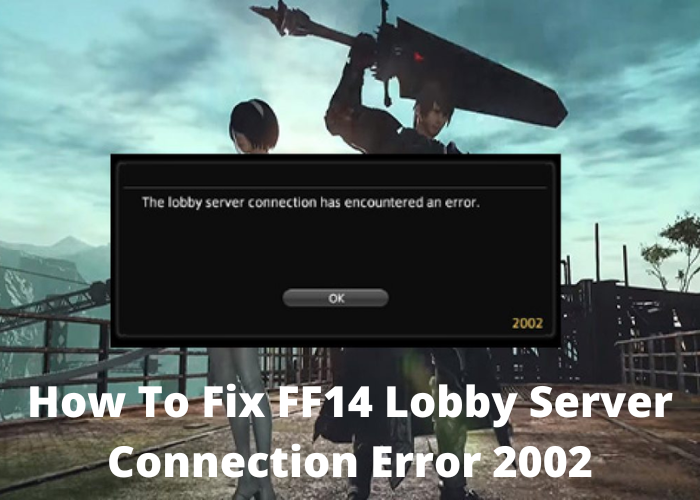 Square Enix created Final Fantasy XIV, an award-winning MMORPG. It was the fourteenth chapter in the Final Fantasy series, and it is still quite popular after all these years. Many players, however, are reporting the FFXIV 2002 problem, which prohibits them from accessing the gaming lobby. To know how to fix this problem then read this article.

however, Yoshida has announced that the team is working on an update to boost that number to fix the error. You are likely to encounter an error code if you choose a character before attempting to log in to Final Fantasy XIV for Endwalker. According to Square Enix, the strategy prevents servers from crashing due to “severe traffic congestion,” however if you have trouble logging in, wait a few minutes before attempting to log in again.   Fortunately, the wait should be brief.

Square Enix doubled the number of concurrent logins and imposed an AFK timeout of 30 minutes to reduce server congestion, allowing users to come and leave faster than previously required.

There is no one source of this problem. On the contrary, there are two major causes of this issue. The most common cause of a broken internet connection is error code 2002. The Windows Firewall is sometimes to blame.

The reasons for error 2002 in Final Fantasy XIV are as follows:

Certain Internet-connected files are frequently blocked by the Windows Firewall. The firewall recognizes them as malicious operating system components.

Final Fantasy XXIV error 2002 is being prevented by a Windows firewall.

This problem might be caused by damaged cache files.  An overloaded DNS might get damaged for a variety of causes, compromising the regular operation of the PC. As a result of this, a problem connecting to Final Fantasy Lobby servers was detected. This issue will be resolved by flushing the DNS server.

It disables the lobby server and inhibits online games such as Final Fantasy XIV. Because he believes the game poses a danger to the PC.

Ignoring FFXIV for Antivirus may help to resolve the problem.

Knowing what is causing the problem will make it easier to find a solution.  There are two options for dealing with this issue. A brief overview can sometimes fix an issue.

Restart the network interface after enabling FFXIV in the firewall, uninstalling WTfast, and installing Windows Updates.   These are all tried-and-true answers to the problem. Now let’s start with the restart technique. It is advertised as the solution to all technological issues.

So, first, reset your router. Sometimes restarting it clears all superfluous DNS cache and solves the problem.

Here’s how to restart your router:

When the Internet connection between your device and the FF14 online server is lost for whatever reason, this error occurs. This could be faced with network troubles, or the game server is offline due to the recent server upgrade and Endwalker expansion maintenance.

If it’s the second situation, there’s nothing you can do but wait for Square Enix to do the fix. If not, here are some steps you may do to reconnect.

If an issue occurs, the first thing you should do is restart your computer or console. It is frequently beneficial. You might also try restarting your router.

Turn it off for a minute or two and then back on to see if the problem remains. If it still doesn’t work, switch off your internet service and access to the game over your mobile phone’s wifi.

If the game connects to your home Internet normally, it’s time to contact your service provider. Also, if none of these helped and the FFXIV 2002 issue persists, you should contact Final Fantasy XIV Online Support for further assistance.