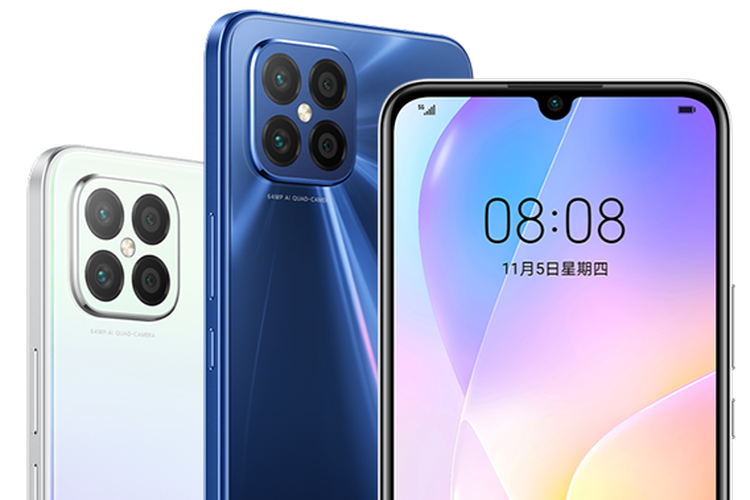 Huawei officially released the newest smartphone from the Nova series , namely Nova 8 SE, in China. This phone is the Nova successor of the 7 SE which was introduced last April. Huawei Nova 8 SE has a 6.53-inch diagonal OLED screen with Full HD Plus resolution. There is a fingerprint sensor that is embedded in the screen ( fingerprint in-display ). At the top, there are bangs ( notch ) conventional shape of a teardrop ( waterdrop ) which accommodates the camera selfie 16 megapixels (MP) (f / 2.0). On the back of the phone, there are four cameras housed in a square module.

In terms of performance, the Huawei Nova 8 SE is powered by the Mediatek Dimensity 720 chipset , combined with 8GB RAM, 128GB of internal memory. Huawei Nove 8 SE is equipped with a battery with a capacity of 3,800 mAh which supports fast charging with 66 watts of power.

Apart from the difference in price and chipset , the two versions of the cellphone are compact and come in four color variants, namely Deep Sea Blue, Magic Night Black, Silver Moon Stars, and Sakura Snow Clear Sky. Both of these phones can be ordered in China and will be sold in that country on 11 November.

Tesla Model X Electric Car Can be Broken Into Via Bluetooth