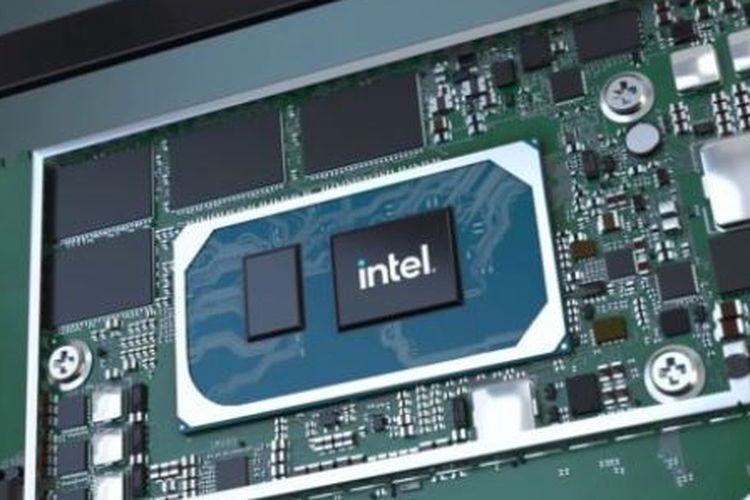 Intel and AMD are like eternal enemies in the computer world. Later, the Processor AMD 5000 series of widely reported Ryzen able to bend the Intel chips in terms of performance and power efficiency. As if not to be outdone, Intel attacked back by claiming that its 11th generation Core laptop processor (Tiger Lake) has a higher performance than the Ryzen 4000 on a laptop, especially when using a battery and not connected to a power outlet.

In testing through the PCMark 10 (Office 365) benchmark application , Intel’s Director of Technical Marketing, Wilson Lee, revealed that the performance of all AMD Ryzen 4000 series laptops decreased by about 30 percent when using batteries.

This is different from a series of laptops powered by Intel Core Gen-11, which do not experience a decrease in performance as big as its competitors. “If you use a battery, the 11th generation Intel Core performance only decreases by one digit percent, but the performance of the AMD Ryzen 4000 series decreases to double digits,” Lee said in a Webinar held by Intel via the Skype platform, Friday (20/11/2020 ) then.

A similar performance decline was also seen when the ten laptops were tested using the WebXPRT v3 (Edge Browser) and SYSMark 25 platforms. When tested to save PowerPoint (PPT) files to PDF format, for example, the performance of 5 AMD Ryzen 4000 series laptops that were tested was 29 percent slower than the conditions when the laptop used AC power, aka connected to an adapter.

Then, when we tested it to import graphical Excel files into the Word application and convert Word documents to PDF, the performance of laptops with AMD processors decreased by about 16 percent and 14 percent, when using batteries.

However, in the Cinebench benchmarks , AMD processor laptops didn’t experience a big drop in performance. The reason, according to Intel, is that AMD processors delay boosting, aka increasing the clockspeed for a few seconds.

As a result, in the short benchmarks such as the PDF and Office file tests above, AMD processor performance looks low because it doesn’t have time to do boosting.

Meanwhile, Cinebench lasts longer, up to a few minutes, so the decline is subtle. Lee added, this kind of performance testing is actually important to do in order to describe the performance of a laptop in everyday life, especially from the consumer side.

Because, according to Lee, users usually use laptops for traveling and automatically have to rely on the battery as power from the device. “If the condition of using a laptop battery performance decreases, consumers will not get the high performance and premium experience promised,” concluded Lee.

Tesla Model X Electric Car Can be Broken Into Via Bluetooth