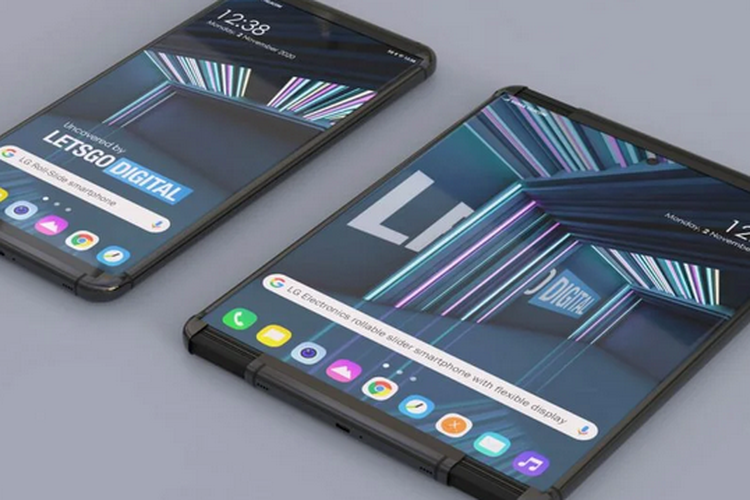 LG has just launched one of its newest mobile phones , the LG Wing, last September. This phone comes with two screens that can be rotated up to 90 degrees. After launching this unique mobile phone, LG plans to create another mobile phone with the latest different designs and innovations. The South Korean mobile manufacturer is known to be filing a patent for a mobile phone design with a sliding OLED screen. The patent was first noticed by the LetsGoDigital page. LG itself has filed the patent in question since August 2019. The United States Patent Office (USPTO) published the patent document filed in September 2020.

Based on the series of images listed in the patent documents, the phone will carry a flexible material, so the screen can be rolled in and out of the device. In normal position, this phone looks like a normal cellphone. However, when stretched, the cellphone will have a large size and look like a tablet device. Unlike the folding cellphones that carry a hinge in the middle, this rolling screen cellphone will be equipped with a hinge implanted on both sides of the cellphone.

Once unfolded, the screen can be rolled back into the phone. The screen scroll will be saved in the frame to the left and right of the phone.

Compiled from Gizmochina, Friday (6/11/2020), by using a scrollable screen, LG can save space and cut the thickness of the cellphone. Since it is still a patent, it is not yet known whether LG will actually deliver a phone with this scroll screen.

However, a number of rumors say that this phone will be present next year. Just like the LG Wing which was released some time ago, this LG scroll screen phone is part of the Project Explorer initiated by LG. Not yet known the name or other specifications of this scroll screen phone.