In addition to the Oppo X 2021 prototype cellphone that adopts a rolling screen, Oppo also introduced an augmented reality ( AR ) eyewear product , named Oppo AR Glass 2021 . These AR glasses are the successor to the first generation Oppo AR Glass which was announced at the 2019 Inno Day event. 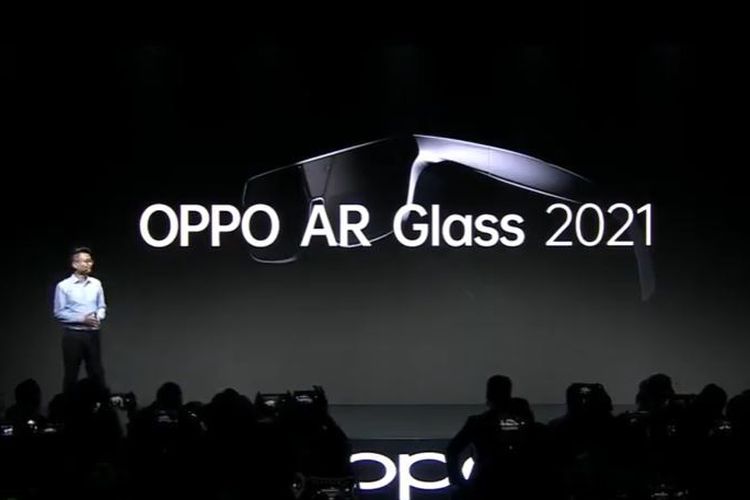 As the next generation, the Oppo AR Glass 2021 is of course equipped with a number of updates, one of which is on the design side, which is now more modern because it carries a split model. AR glasses are also claimed to be 75 percent lighter than the previous generation, so it’s not surprising that this device is said to be more comfortable to wear.

Turning to the aspect of capability, the Oppo AR Glass 2021 can be connected with a USB-C cable to a smartphone (via the USB-C port ) to provide extra performance. In fact, the performance is said to increase tens of percent when connected to a flagship cellphone made by the company.

“When used in conjunction with the Oppo Find X2 Pro, the performance of the Oppo AR Glass 2021 can increase by 40 percent compared to the previous generation,” said Product Manager of the Oppo Research Institute, Wayne, at the Oppo Inno Day 2020 stage, Wednesday (11/18/2020) .

In addition, the Oppo AR Glass 2021 can also be controlled directly with the cellphone connected to it.

For hardware matters , the Oppo AR Glass 2021 is equipped with an optical “Birdbath” solution which has an image contrast increase of 53 percent, brightness uniformity of 98 percent, and pixel / FoV degree of 40 percent.

With this series of improvements, Wayne claims Oppo’s latest AR glasses can provide an experience like watching in front of a 90-inch TV from a distance of 3 meters, when used for video streaming .

Other features include a Binocular Fisheye Camera which can detect hand gestures based on 21 points, a Time-of-Flight (ToF) sensor for measuring the depth of objects, and one RGB camera sensor. Oppo CybeReal

Still related to AR, Oppo also introduced a new technology dubbed the Oppo CybeReal. Oppo CybeReal is an AR application that is able to “duplicate” the real world into the virtual world.

“Oppo CybeReal is able to take various scenes from the real world to the digital world by copying them,” said Wayne. To produce this experience, CybeReal is supported by Oppo Cloud technology and is claimed to be able to identify the user’s location ( spatial localization ), along with the surrounding environment, in real-time.

Tracking the location and conditions of the user’s surroundings relies on a variety of features, such as GPS, Bluetooth, and WiFi, with an accuracy of the centimeter scale. Even though it was announced, it was not announced when Oppo AR Glass 2021 and Oppo CybeReal could be used by consumers at large.

However, Vice President and Head of Research Institute Oppo, Levin Liu, briefly explained that the various technologies on display at Oppo Inno Day 2020 will be present to consumers when “the time is right”. “In the future, when the time is right, this device is likely to be present in the midst of users,” said Levin.