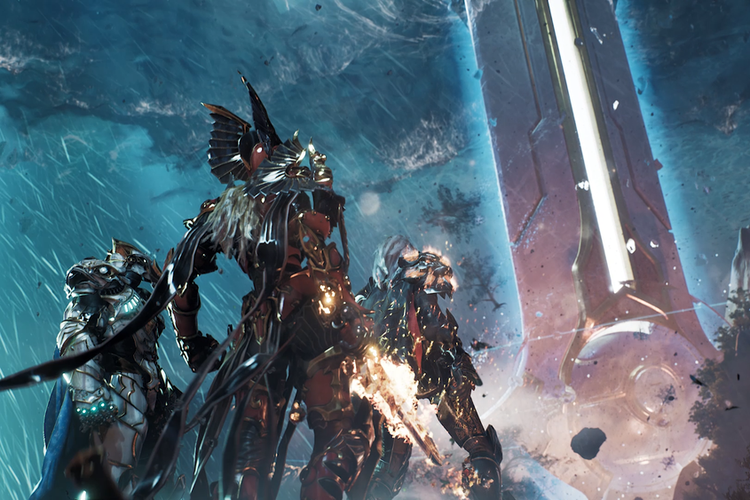 The newest action adventure game made by Counterplay Games, Godfall , will be released on the PlayStation 5 ( PS5 ) and PC via the Epic Games Store on November 12. A few days before its release, the official Godfall account (@PlayGodfall) on Twitter shared information about the minimum and recommended specifications for playing the game smoothly on a PC. At first glance, the specifications needed to run this game are quite high.

This is because the developer demands that players install 12 GB of RAM on their computers so that they can play this game at the lowest (minimum) graphics settings.

This RAM requirement is higher than the minimum specification for Cyberpunk 2077 which “only” requires 8 GB of RAM, even though this game from CD Projekt Red offers a wider world of exploration, aka open-world.

Furthermore, to play Godfall at the highest graphics settings, players need RAM that is twice the recommended specifications to run Cyberpunk 2077 , which is 16 GB. Another thing to note, Godfall can only be run when the computer is connected to the internet network.

This means that if the user does not have an internet connection, they will definitely not be able to play one of the latest “AAA” games with this hack and slash mechanism. Even though it hasn’t been released yet, Godfall can already be ordered at the Epic Games Store at the lowest price of 48 US dollars. Interested?

It’s a good idea to first listen to the complete PC specifications to play the following Godfall , as compiled from GameDebate , Wednesday (4/11/2020).