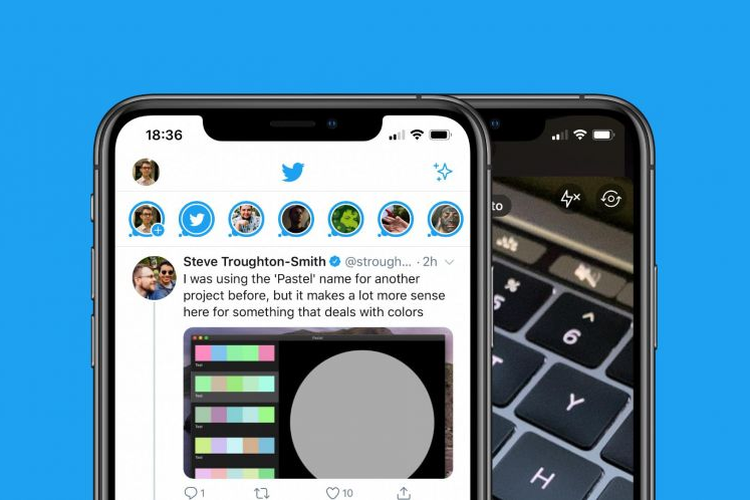 After being tested since last June, the Fleets feature was officially launched on Twitter. Countries that got the Fleets feature in the early waves included Brazil, India, Italy, South Korea, and Japan. Based on observation, when this news was broadcast. Twitter says this feature will be released to more countries in the future. So, what are Fleets? Twitter Fleets is a feature for sharing photos, videos, or other content with a broadcast duration of 24 hours before deleting itself. This feature is arguably very similar to Instagram Stories . Not only text, users can upload tweets, photos, and videos on Fleets.

Later, Fleets uploads from the accounts that are followed will be lined up on the top side of the timeline, like the display of Instagram Stories.

Fleets from people you follow and follow you (mutual) will appear earlier, followed by accounts you just follow. Users can also emojis, like, or reply to Fleet via direct message and create conversations there.

That way, the upload will not appear public and will be more personal. Twitter is also known to be testing a feature called “Audio Spaces”, which allows users to create chat rooms with several other users in a group.

PlayStation 5 Problems and How to Fix Them

Antivirus Recommendations for Windows 10, One of Which is Free