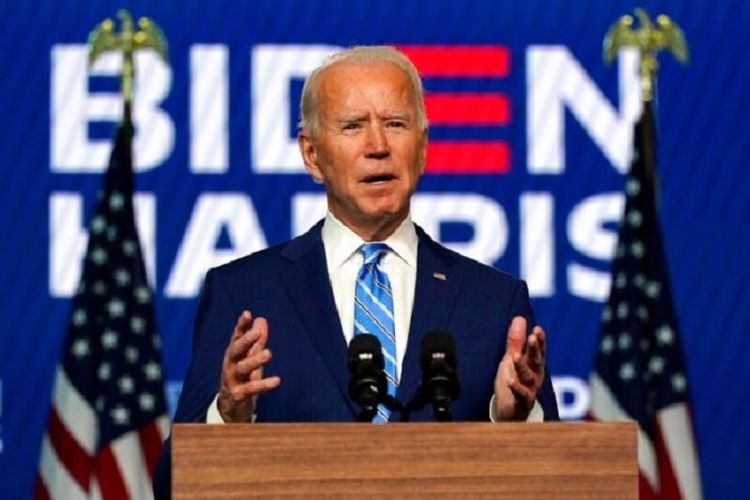 US Democratic Party politician, Joe Biden and his deputy Kamala Harris won the 2020 presidential election in the United States. Biden and Harris received 290 electoral votes and were elected by more than 74 million US people. Certainly Biden’s victory will more or less bring a change to the style of US foreign policy. During his four years in office, Trump has been known to have been extremely fierce with the Chinese government. The two countries are also caught in a technological cold war that has not abated until now. A number of policies were spawned to tackle China, both in Uncle Sam’s country itself and in its allies.

One of them is the limitation to the blocking of a number of technologies made in China, such as technology made by Huawei , TikTok, and WeChat. So, will the fate of Chinese producers change under Biden’s leadership?

Changed, but not much

According to congressman Frank, US policy towards China under Biden will change compared to Trump. However, these changes do not necessarily “free” China from the vortex of conflict with the US.

According to Frank, Biden will soften up a bit and slowly let go of restrictions on technology exports to China in exchange for certain consensus from Beijing, especially for technology companies in the US.

“But getting rid of the anti-Huawei policy unilaterally is impossible in the US, even if he (Biden) wants to do it,” said Frank, as summarized by Asia Times.

Anti sentiment product Chinese technology is likely already taking shape in the minds of US leaders. In a survey published by the Center for Strategic and International Studies (CSIS), 71 percent of leaders in the US believed that Chinese companies should be barred from participating in the US 5G market.

More than half said that Washington should ban all Chinese exports. CSIS senior advisor on China Business and Economics, Scott Kennedy, said that Biden needed to make a policy that combines cooperation and pressure on Beijing.

Kennedy said Biden could have adopted a bit of Trump’s way. Such as controlling exports and investment restrictions. However, the implementation could be different. “People need to understand that US policies are very much influenced by what the Chinese government is doing.

If China continues the policies they are implementing now, … with the next 5-15 year plans (in science and technology), that strategy will generate a negative response. from the US and other parties, “explained Kennedy, summarized from the Asian Nikkei .

Almost in line with Kennedy and Frank, Da Wei, Director of CSIS University of International Relations in Beijing also said Biden might not immediately soften with China, especially regarding the use of core technology. However, Biden could relax a little, for example by narrowing the restriction criteria.

In the Trump administration, national security and technology competition are two things that Trump often tries to limit Chinese companies from influencing their allies. “For example, companies like TikTok and WeChat, the blocks could be withdrawn because they don’t have an irreconcilable conflict with the US,” Wei said.

But in other sectors, such as 5G, where Huawei is at the center of US-China competition, the situation is going to be more complicated. Wei predicts that Huawei’s 5G policy blocked by the US will be difficult to change, but there is hope for the chip sales sector to Huawei.

As previously reported, Trump made a policy that prevented Huawei from using US technology for semiconductor products. In fact, Huawei still relies heavily on components made by the US company Qualcomm.

Xin Qiang, Deputy Director of the Center for US Studies at Fudan University, said the difference between Biden and Trump in technology is in core areas, such as aerospace, quantum communications and artificial intelligence. “It is undeniable, China-US will be partially separated from each other in the high technology sector,” Xin said.

Xin added that China should not be careless with the issue of improving bilateral relations if Biden takes the lead. It is better if China remains independent by producing products with higher technology than the US. “China should not leave its fate in the hands of US (government) change,” said Xin, compiled from the Global Times .

[…] Source: Will the Huawei Block be Lifted after Trump Steps down? – Tech News […]